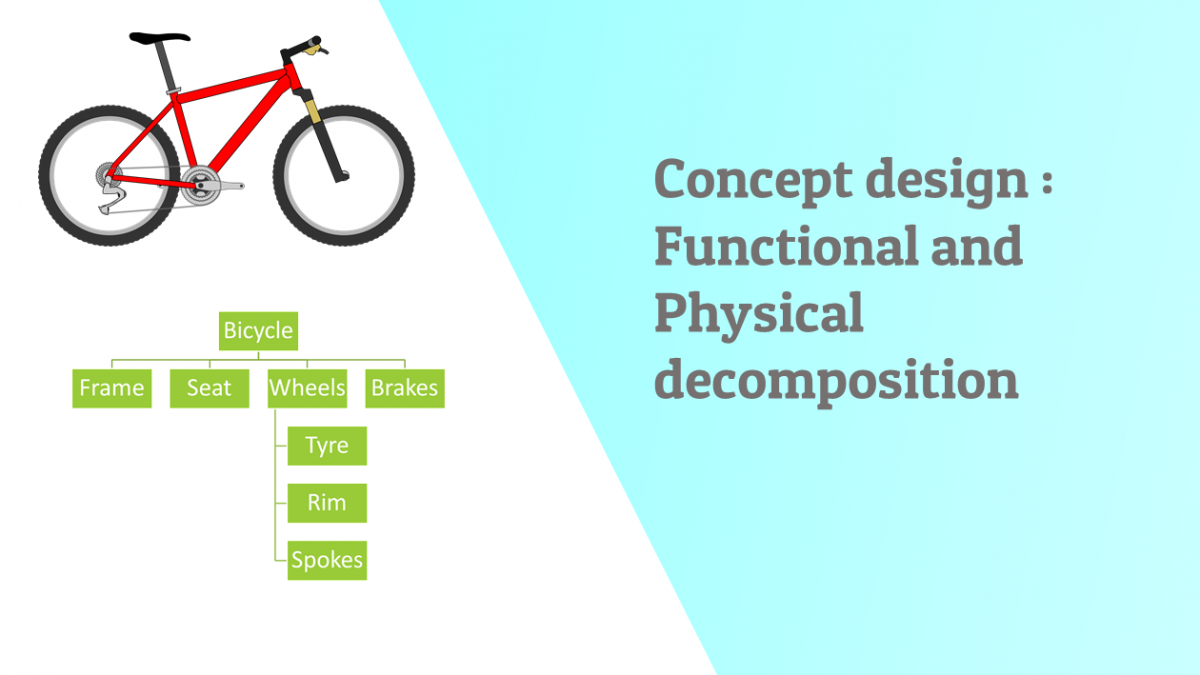 Breaking down a problem into its constituent elements is the first key step in design of any system.

Most complex problems are solve that way by sub dividing them into smaller sub problems. As dealing all of them in one go becomes overwhelming and decomposition helps in distribution of work in a product development team .

Here is a decomposition of a simple Bike through its functions

This is called as functional decomposition. The primary function of transportation is only achieved by the combined functions of drive, brake, steering and structure at the very basic level .

Similarly, instead of function if we consider the physical relationships of a system and decompose it based on its assembly . Then it would be physical decomposition.

Resolving a physical assembly into its components which when assembled form the whole system.

A simple physical decomposition of a Bike.

Why is understanding and relating functional and physical decomposition important?